Still on Pinckney, the CJEU, offline distribution and Latin mottos

From The IPKat: Still on Pinckney, the CJEU, offline distribution and Latin mottos

“
Private
international law as applied to online IP infringements is notoriously a topic for endless
discussions, whether during social gatherings or within more formal settings.

Following yesterday’s post on Case C-170/12 Pinckney, the IPKat has received an
additional contribution from learned Dr Ge Chen (University of
Cambridge), who will also present on this very topic during tomorrow’s CIPIL Lecture (you can see the other
events scheduled for what in Cambridge is knowns as the Michaelmas Term here).
Here’s what Ge
writes:
"The CJEU is an exciting institution [Merpel has always thought so]. It often
drops bombs in reference cases that pose thorny questions such as the
application of Article 5(3) of the Brussels I. Last time it was in eDate/Martinez, where the Court broke through
the jurisdiction rule long entrenched in Shevill, prioritising the “centre of
interests” of personality rights as the place of damages and allowing full
damages to be awarded there. This time, the CJEU again drops three dramatic
bombs in Pinckney, dissenting with the AG’s Opinion and rendering somewhat unexpected
answers to French Cour de Cassation’s seemingly irrelevant
questions.
To understand Pinckney, a basic fact
should never be overlooked: the reference questions were about online
copyright infringement (online distribution of infringing CDs as conducted by
UK dealers, which seemed not to be in dispute, and making infringing contents
available online, which was completely hypothetical), whereas the infringement
committed by the defendant in question was the reproduction of CDs (alas! the
Austrian company admitted it to challenge French courts’ jurisdiction), plus an
implied (but certain) act of offline distribution, without which the UK dealers
could not make an offer. The latter fact was the key to the CJEU’s digression
from the AG’s opinion.
The first bomb: admissibility
The first bomb dropped by the CJEU was the refusal of
the AG’s Opinion to dismiss the case. Clearly the AG made a pertinent remark
about the French Supreme Court’s far-fetching questions. The AG suggested
inadmissibility, but proposed the need to address Internet jurisdiction in
copyright infringement – an ambitious move towards future. However, the CJEU
held that the outcome of the dispute depended on the answer to the questions at
hand. No doubt the CJEU was more creative in making political gestures: the Cour
de Cassation raised funny questions but, dear AG, your answer is too
academic and metaphysical! We must make a politically correct, ie,
down-to-earth decision by addressing irrelevant questions in a way that renders
the questions relevant to the dispute.
The second bomb: offline distribution
Thus, the second bomb was (an intimation) about the
offline distribution on the part of the defendant, rather than what the
referring court and the AG argued was the online copyright infringement. The
cool thing was that the CJEU did not make it explicit. Instead it gave face to
both the referring court and the AG by constantly using the term of “copyright
infringement”. But was it reproduction, or distribution, or making available?
Was it offline or online distribution at stake? The CJEU didn’t say. But make
an easy guess. Reproduction is spared, for damage comes when you reproduce.
Making available online/online distribution? No need to make that dangerous
rush. Facts do not support. Offline distribution is the only choice left.
At the beginning, nobody noticed this: at least in the
statement of facts, neither party seemed to refer to distribution from Austria,
nor the French courts, nor the AG. Presumably, everybody knows that: had the
defendant not distributed their illegally reproduced CDs at least in offline
environment, how can the CDs be sold online by the British dealers? Negligence
of this fact by the referring court and the AG offered the CJEU a decent stair
to get down from that embarrassing stage: either refuse a hypothetical question
keenly expected (which makes the CJEU judgement banal), or venture to answer it
and violate established rule (risk losing judges’ sang-froid). The loophole
came at the right moment: offline distribution was, in this case, conducive to
the subsequent online act.
The third bomb: damages in resale 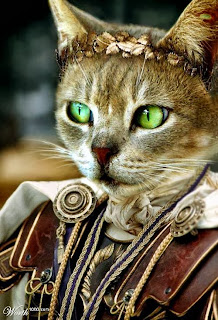 Following this logic, the third bomb was that there is
no exhaustion rule to an unauthorised act such as distribution. The CJEU
applied mere accessibility rule to identify the place of damages in this instance:
where the online offer of the said CDs is accessible, there is damage, as long
as copyright is protected there (the answer is certainly ‘Yes’ in Europe under
the Information Society Directive and even in
most countries under the Berne Convention). Practically, the damage can be
anywhere. The implication behind this rule is: infringers, be careful, once you
distribute without permission, there will be a global chase after the
cumulative damages to your first sale.
***
These three bombs are not surprising at all. After
all, they are common sense statements deriving from Shevill. But
they just came off a bit unexpected, or unexciting, given the AG’s prior
opinions and the wide hope for the CJEU’s guidance on Internet jurisdiction in
copyright infringement that turns out to have come too early. Whether the
targeting approach adopted in Sportradar [Katposts here and here] will be really  applicable, as affirmed
by the AG in Pinckney, will be revealed in the next reference case Pez Edjduk [on which see here], hopefully. If that happens, the CJEU’s strategy in
interpreting Article 5(3) so far, from Shevill to Pinckney,
is to treat different sorts of rights (personality, trade mark, database,
reproduction, online/offline distribution, making available) all in different
ways that fit into the EU’s public policies. A
Latin proverb finds this well: divide et impera."